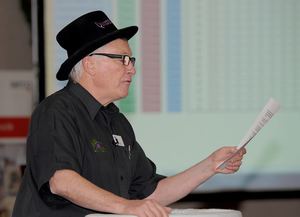 Wayne has never known a time without books, his parents surrounded him with books as a youngster and they've been part of his life ever since. When his kids were teenagers he never observed readers at prize-givings being rewarded for their reading and it was this that provided the impetus to start a literary competition for 11-13 year olds in 1991. The idea of the quiz then was to acknowledge and motivate readers at a time when reading traditionally dipped.

Wayne built up his knowledge of kids' books while teaching and continued to develop it even after he moved into the tertiary system. Today he never reads without a pen in his hand. The idea of the Kids' Lit Quiz™ as the 'sport of reading' has grown and currently the quiz operates in Australia, Canada, Hong Kong, Indonesia, New Zealand, Nigeria, Singapore, South Africa, Thailand and the United States.

Wayne is passionate about kids reading for pleasure and works to ensure that readers are challenged to read widely across a range of literature.

In March 2008 he was awarded the New Zealand Margaret Mahy Medal for his substantial and distinguished contribution to literature and literacy and in 2011 he was made a Member of the New Zealand Order of Merit for meritorious service to his country.

Wayne is a former senior lecturer at the University of Auckland in the Faculty of Education.

In March 2022 Wayne was featured as an Alumni Champion by the University of Waikato Alumni News: 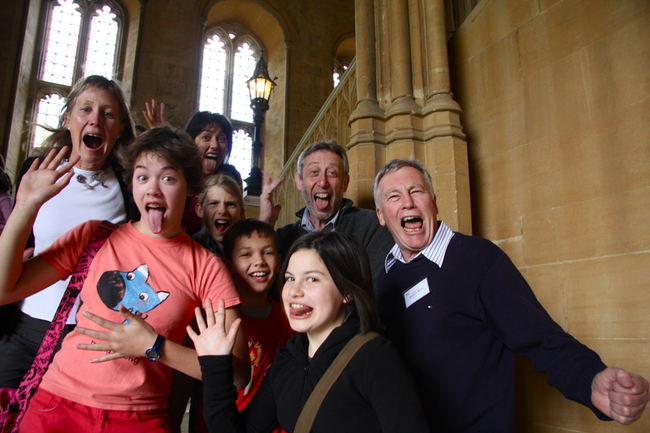 Wayne with the NZ team and Michael Rosen at Christ Church, Oxford

Pa was born in Chiang Rai in Thailand but has been living in New Zealand since 2012.

She and Wayne work and travel together bringing the quizzes to many countries across the globe.

Pa's roles are to collate the quiz sheets which enable the teams to record their answers and then to collect them in readiness for marking. Another task  she enjoys is handing out the prizes to teams after each round of questions and of course settling the teams prior to the competition.

At the big international events Pa attends to the welfare of the teams when they are away from home.

Her favourite authors are Holly Goldberg Sloan, Roald Dahl and Stacy Gregg but she reads widely as she knows that kids' literary tastes are diverse.

Her favourite adult novels are Gone Girl, Where the Crawdads Sing and The Girl With the Louding Voice.

Pa and Wayne live in Havelock North in New Zealand. 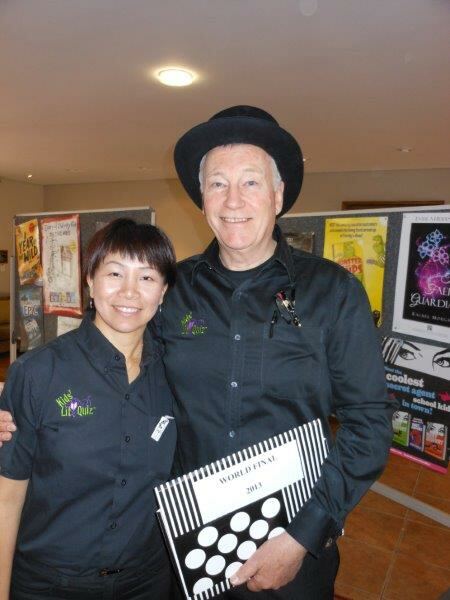 Pa with Wayne at the 2013 World Final in Durban